All visitors, MUST pre-book their tickets online via our website. No entry will be gained without pre-booking. We have put safety measures in place to ensure you have a safe and enjoyable visit. More information can be found when purchasing tickets BUY TICKETS 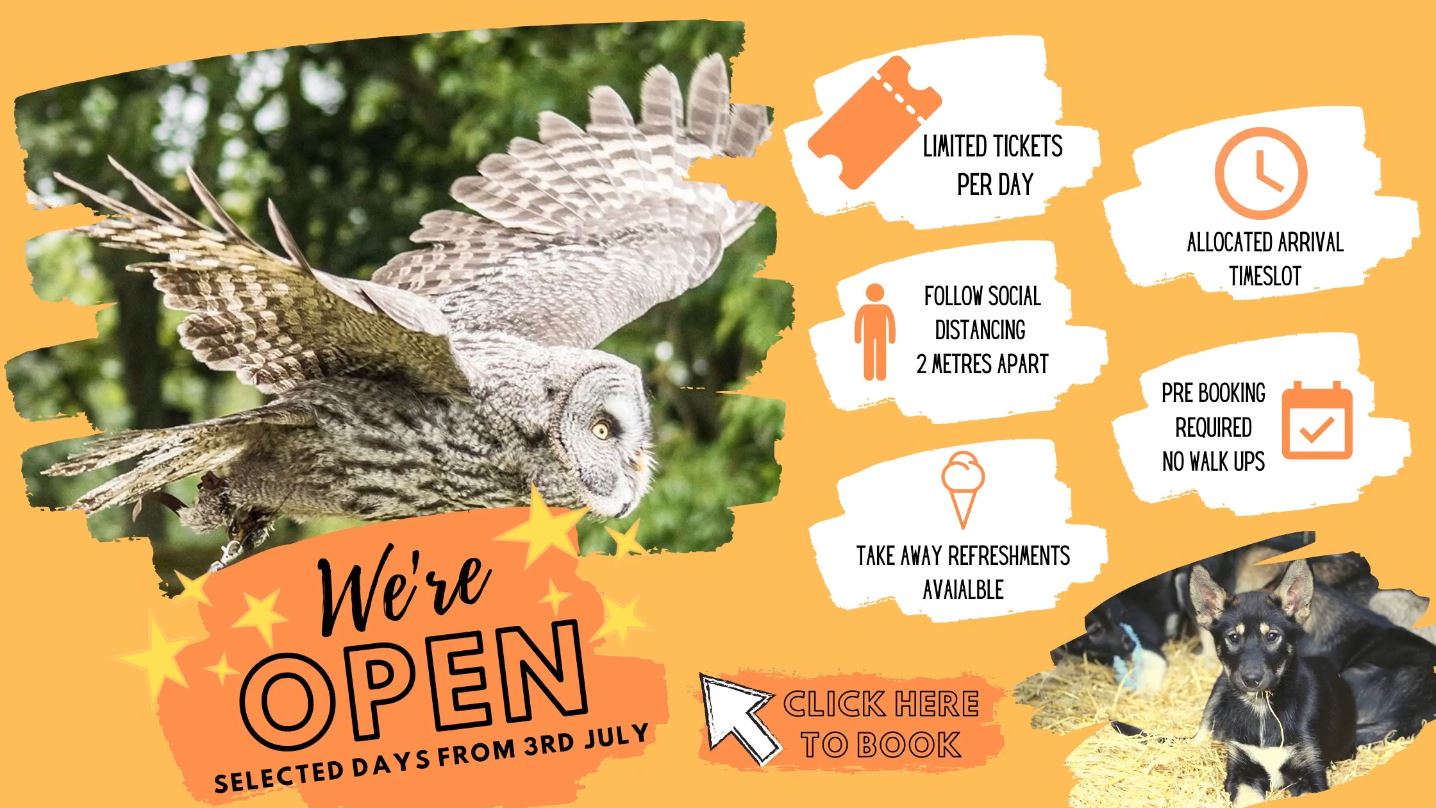 Why is it so important?

Any breeding programme is undertaken to safeguard the future of a species. Many species are in such decline that captive breeding is the only way of ensuring that natural habitats can one day be re-populated when it is safe to do so and when there is enough of a world-wide captive population of different bloodlines to support it.

How does it work?

All species need a multiple amount of breeding pairs in captivity to support a release programme. Different blood lines are needed and back-up pairs and surplus birds must be held in case one of the established pairs dies

Any release programme must also be carried out in habitats that are safeguarded. A bird cannot be released into a tree if someone is going to cut it down. Certain species in the wild are at good numbers now but could go into freefall and possibly become extinct if we do not intervene.

Loss of habitat and human population encroachment mean they are in danger. This is where we can step in, take young birds under licence from government authorities and set up captive breeding programmes.

What have we done?

In the past 20 years Eagle Heights has sent birds to zoological establishments all over the world. Countries including: Singapore, Canada, Tenerife, Greece, Malta, Spain, Sweden and dozens of UK collections.

Below is a list of birds bred at Eagle Heights to date:

Eagle Heights has also re-established Barn-Owls and European Buzzards into the Darent Valley. This has taken a huge amount of time, effort and knowledge, not only in the birds but establishing and securing the food and habitat to support these species.

Commitment is paramount. When the time is right we will release as many birds as possible. If the situation is right, the number are untold. Birds of Prey held at Eagle Heights are not there just for “collective value”. As a conservation centre we hold them “in trust” for the future. We will always promise to put back what needs to be put back in SAFE areas. We have undertaken a bio diversity survey at Eagle Heights and the results over the last 19 years for wild birds and mammals are very encouraging.

Find us on Social Media

Tag your photos & videos with #eagleheightsWF and share your experiences with our online community!